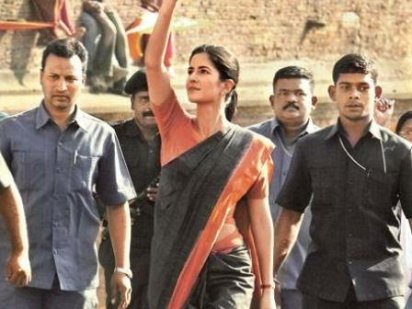 The maker of the movie ‘Rajneeti’ are now all set to make the sequel of the 2010 blockbuster movie. But this time Bollywood actress Katrina Kaif will be seen taking the centre stage in the Prakash Jha movie.

Kaif in the sequel is expected to be seen as the queen sized politician and it will narrate her story of her rise to power. But in some disappointment for the fans, Katrina and Ranbir will not been in the sequel.

Reports say that Ranbir has opted out of the sequel as he was not so keen on playing the side kick to Katrina. The development was confirmed by Prakash Jha, who said it is a very challenging task to take the ‘Raajneeti’ story forward as most of the main characters in the movie are dead.

So now, two thirds of the new characters in the movie will be new while Katrina will be playing the lead role. But although Ranbir did not die in the earlier movie, he will not be a part of the sequel. Jha also revealed that once again he will be taking Mahabharat as the back drop but it will be completely different this time.