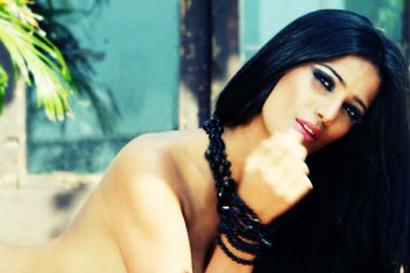 Strip queen Poonam Pandey has many followers on Twitter and outside. But the model has now found a new admirer, in journalist Pritish Nandy.

Nandy Tweeted, “I love the fact that @iPoonampandey has more followers than me. Attagirl, go ahead and drink wine in your underwear. More power to you.” To this the ambitious stripper responded, “Drinking wine alone on the couch in my underwear with my twitter friends on a Sunday Afternoon is a small slice of heaven for me.”

A little while later Nandy again Tweeted, “I like her spunk. @iPoonampandey.” Poonam has caught attention when the Indian cricket team won the World Cup and had claimed that she would strip for the team if they brought home the cup.

The model could not keep her promise of a live strip but maintained the interest of her fans by posting sleazy pictures and videos on Twitter and also launched her personal website which has a larger collection. Pandey also Tweeted a picture of her in which she posed nude for her fans. Poonam is now also set to make her Bollywood debut in the upcoming movie by Amir Saxena. The starlet has claimed that the movie will have the best sex scene the audience has ever seen on screen.