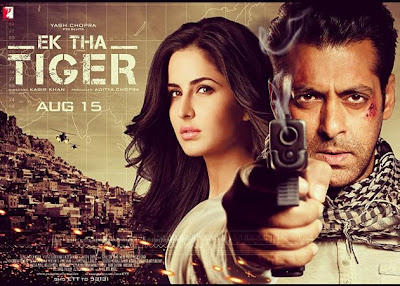 The makers of the upcoming romantic thriller movie ‘Ek Tha Tiger’ have finally zeroed in the release date of the movie. The Salman Khan and Katrina Kaif starrer movie will hit the theatres on the Indian Independence Day, August 15.

The movie is produced by Aditya Chopra and will see the pair of Salman and Katrina after four years. His will be the first time the two will be seen after their alleged break up a few years back. Katrina and Salman were last seen together in the movie ‘Yuvraaj’ which did not do well at the box office.

The makers have also released a new poster of the movie which has shown Katrina and Salman together. Salman in the poster is seen pointing out a gun while Katrina is seen posing at the backdrop of an Arab town with Apache choppers in the sky. Salman in the movie will be seen playing the role of a RAW agent on a secret mission.