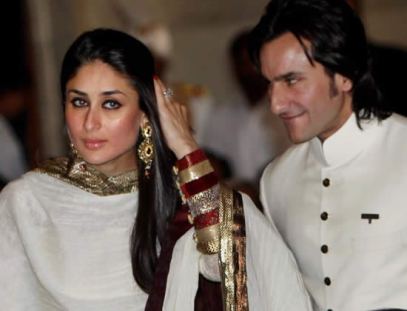 While Kareena Kapoor prepares for her upcoming wedding with her long time beau Saif Ali Khan, speculations are surfacing if the actress will convert to Islam religion and change her name. But Saif has clarified that he will never want Kareena to convert in to another religion and even the ‘Jab We Met’ actress has said that there is no way she is going to drop Kapoor from her name.

When Saif’s mother Sharmila Tagore married Tiger Pataudi, she converted in to Islam and adopted the name Ayesha Sultana Khan. However the actress continued to use her name Sharmila Tagore on screen.

Recent reports have also claimed that Bebo will be wearing her would-be mom-in-law’s 43 year old sharara for her wedding which will take place in Pataudi Palace. In the past inter-religion marriages in the Pataudi family had seen women getting converted to Islam for the wedding ‘Nikah’.

Even Saif’s first wife Amrita Rao had converted in to Islam and had adopted a Muslim name. Since the announcement of the wedding, Kareena has disappeared from the limelight and is not commenting much on her wedding plans. It is still uncertain of the ceremonies will be done as per Hindu or Islamic tradition.