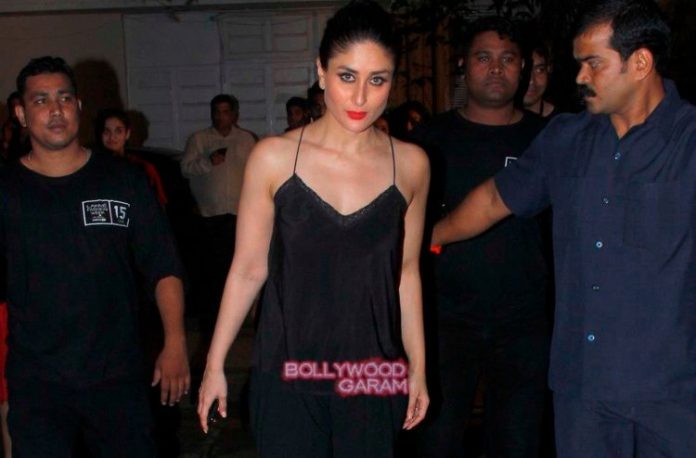 Bollywood diva Kareena Kapoor was snapped tired after her showstopper appearance at the Lakme Fashion Week/Winter Festive 2015 in Mumbai on August 30, 2015. The ‘Jab We Met’ actress looked gorgeous in a black strappy top and black pants.

Kapoor stunned as the showstopper for designer Gaurav Chopra, who created a gorgeous black gown for the finale show. The actress was also a part of the ‘Rising Girl – Who Padegi Toh Udegi’ campaign and featured in a film on Raksha Bandhan.

On the work front, the actress is currently working on the upcoming movie ‘Ki and Ka’ opposite actor Arjun Kapoor.