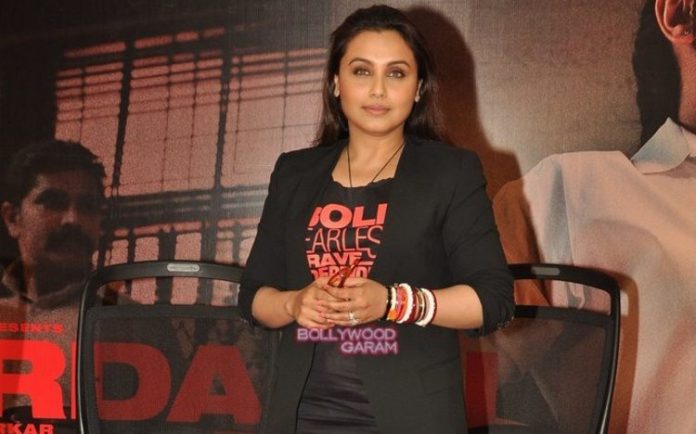 After several speculations, it is official that actress Rani Mukherji is expecting her first baby with husband Aditya Chopra. The news was confirmed by Rani’s sister-in-law Jyoti Mukherji, who is a popular TV actress.

Reports said that Jyoti accidentally confirmed, “Yes, Rani is pregnant.” Rani, who has always preferred to be away from the limelight has refused to comment on the pregnancy. Aditya and Rani are currently out of the country and is the second trimester of her pregnancy. The baby is expected to be delivered in January, 2016.
The couple was spot leaving for London in July and Rani was seen having a pre-natal massage at a spa. Since Aditya and Rani have been making frequent trips to London, the delivery is expected to be done in the UK capital but it was then confirmed that the delivery will be done in Mumbai.
On the work front, the actress was last seen in the movie ‘Mardaani’ in which she was seen playing the role of a cop. There were reports that the actress will be a part of various projects with Shahrukh Khan, Aamir Khan and filmmaker Karan Johar. At the moment, the actress is not a part of any professional commitments.