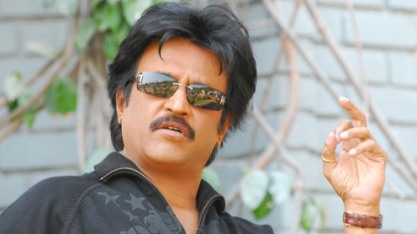 South super star Rajinikanth, has recovered and is back to work and is expected to be seen opposite Aamir Khan in the upcoming movie ‘Talaash’. The surprising part is that the super star has been roped in to do an item song in the movie.

The movie will be directed by Reema Kagti and will also star Rani Mukherjee and Kareena Kapoor. Aamir is known for his genius ways and knows what excites the audience. The ‘Taare Zameen Par’ star has managed to convince the Tamil super star to groove in an item number.

This will be Rajini’s first item number in the long and successful filmy career. However, Aamir will have to shed quite a lot of money for the item song to happen.

Rajinikanth will be charging a whopping ₹15 crore for the song and apart from that the actor turned producer will have to shell out ₹50 crores just for the song. The song will be shot at 50 different locations across 200 countries and will also feature other A-listers of Bollywood, politicians and cricket legends. The movie ‘Talaash’ has been delayed due to his TV show ‘Satyamev Jayate’, but now the release date has been fixed and is all set to hit the theatres in the month of November, 2012.