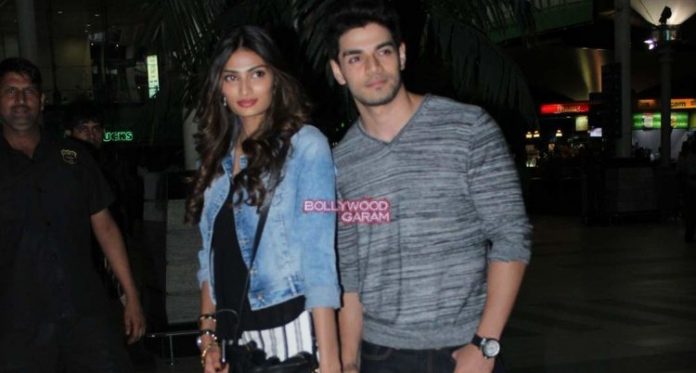 Newbies Athiya Shetty and Sooraj Pancholi are the new star kids all set to make a mark in Bollywood. The actors were snapped at the airport as they returned from a promotional event of their upcoming movie in Ahmedabad. Sooraj and Athiya returned on September 2, 2015 and were seen holding hands as they posed for the shutterbugs.

Athiya is the daughter of the actor Suniel Shetty and Sooraj is the son of actor Aditya Pancholi. The actors are looking forward towards their upcoming debut movie ‘Hero’ which is produced by Salman Khan.

The movie is directed by Nikhil Advani and is all set to hit the theatres on September 11, 2015.