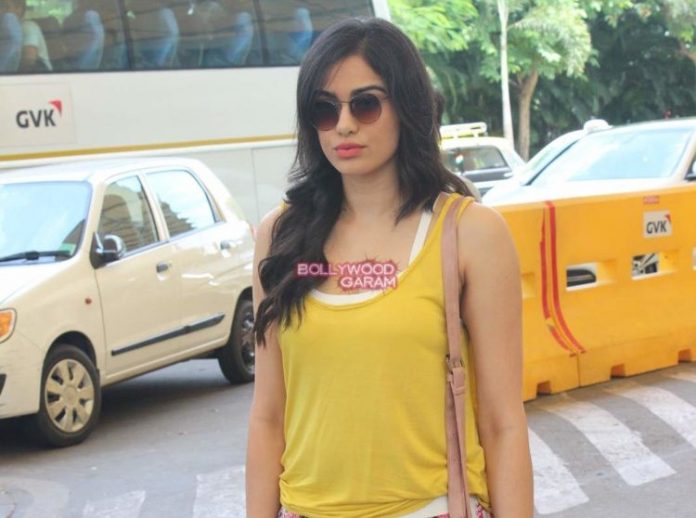 Indian actress Adah Sharma was snapped at the airport on September 6, 2015. The actress looked pretty in printed palazzo and a yellow tank top to match with.

Adah was last seen in the TV mini series ‘Pukaar’ opposite actor Ranvijay Singh. The actress has worked in a number of Bollywood as well as south movies.

Sharma made her debut in Bollywood with the movie ‘1920’ in which she played the role of Lisa Singh Rathod.