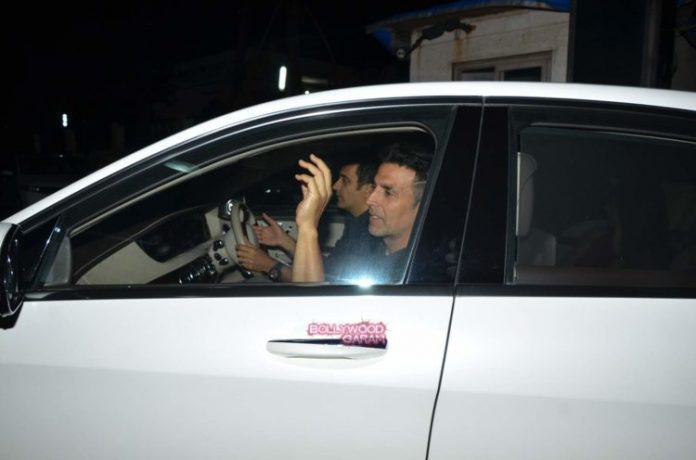 Bollywood star Akshay Kumar turned 48 years old on September 8, 2015 and celebrated the day with family. Wife Twinkle Khanna took her Twitter account and shared a picture with hubby darling on his birthday.

The actor was snapped in Mumbai on his birthday as he was travelling in his car. Reports say Twinkle and Akshay went out on an intimate birthday dinner. Akshay is known for the ‘Khiladi’ series of movies in Bollywood and shot to fame due to his skills.
The actor has worked in more than a hundred movies in Bollywood and is currently looking forward to th release of his upcoming movie ‘Singh Is Bling’.