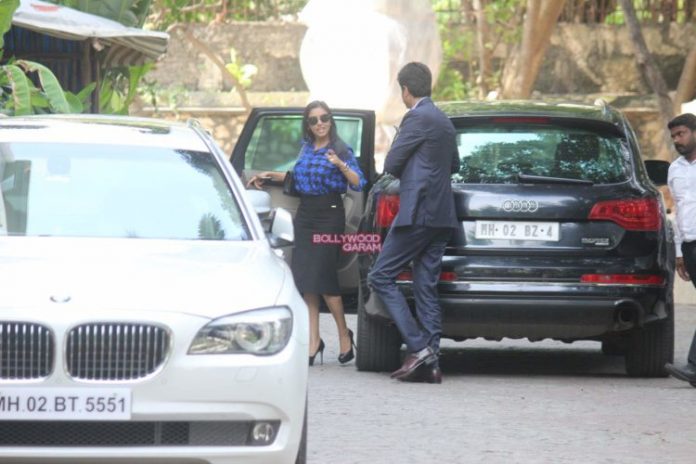 Bollywood actress Asin was snapped with fiancé Rahul Sharma as they arrived at actor Akshay Kumar’s residence in Mumbai on September 9, 2015. Asin and Rahul came to wish Akshay on his 48th birthday.

Reports say that it was Akshay who introduced Rahul to Asin years back and sicne then they have been dating. Rahul looked stylish in a suit while Asin was seen in a pencil skirt and a shirt. The actress was last seen in the movie ‘All Is Well’.
Asin in an earlier interview said that she liked fell head over heels over Rahul’s simplicity and humility.