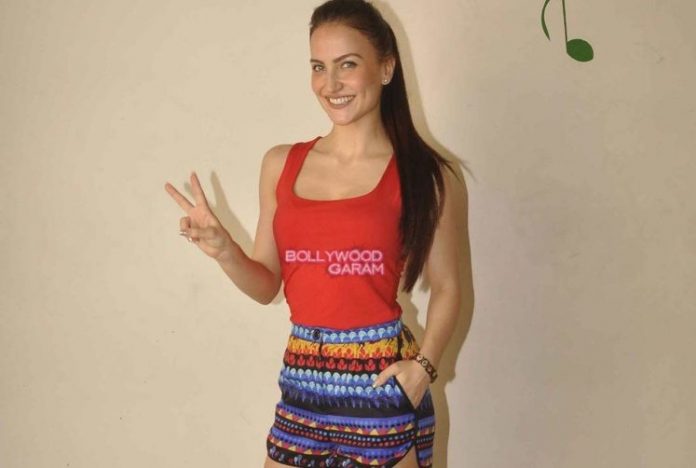 Actress Elli Avram was snapped in a jolly mood in Mumbai on September 12, 2015. The actress was seen in printed shorts and red tank top. The ‘Micky Virus’ actress is preparing for her upcoming movie ‘Kis Kisko Pyaar Karu’ which is all set to hit the theatres on September 25, 2015.

The movie also stars Kapil Sharma, Simran Kaur Mundi, Manjari Phadnis, Arbaaz Khan and Sai Lokur. The makers of the movie started production in 2014 and are now all set to hit the theatres.