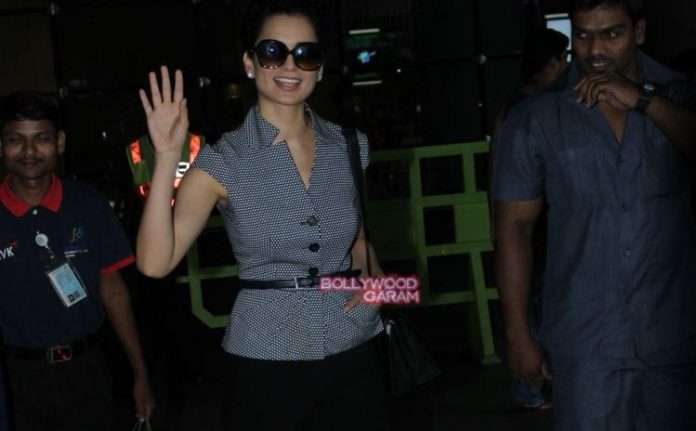 After a grand premiere of the movie ‘Queen’ in the romantic city of Paris, actress Kangana Ranaut returned to Mumbai on September 13, 2015. The actress looked stylish in a white and black top and black pants with oversized shades.

Kangana touched success with the movie ‘Queen’ as it managed to win the hearts of the audience in India as well as abroad. The actress even won a National award for Best Actress for ‘Queen’. The movie was premiered in Paris and once again the movie managed to impress the audience there as well.

Critics and audience appreciated Kangana’s performance with a huge round of applause.