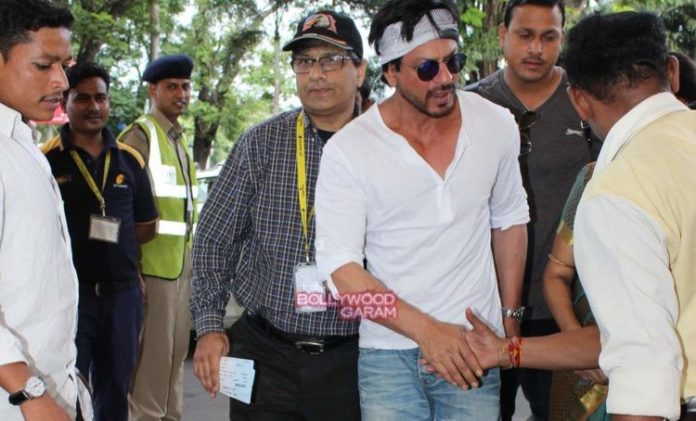 Bollywood stars Kajol and Shahrukh Khan were snapped at the airport as they left for the shoot of the upcoming movie ‘Dilwale’ in Hyderabad. Kajol was in Mumbai to ring in son Yug’s birthday and after a good break, the actress is back to work.

The actors have shot for various locations for ‘Dilwale’ including Bulgaria, Iceland and now in Hyderabad. Some of the recent reports claimed that Kajol will have to put on weight due to a time leap in the movie.

But the makers of the movie clarified that there is no such time leap in the flick.