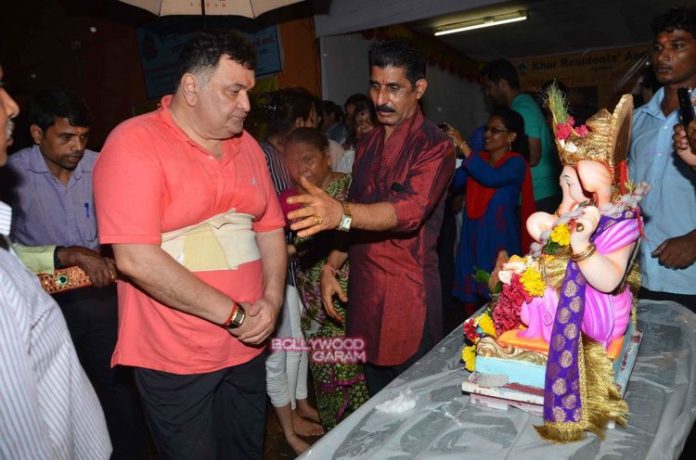 The Kapoors were drenched but maintained the festive spirit and offered their final prayers to the deity. On the work front, Rishi is currently working on the upcoming movie ‘Ae Dil Hai Mushkil’ in London.

The actor was last seen in the movie ‘All Is Well’ opposite Abhishek Bachchan and Asin that hit the theatres on August 21, 2105.