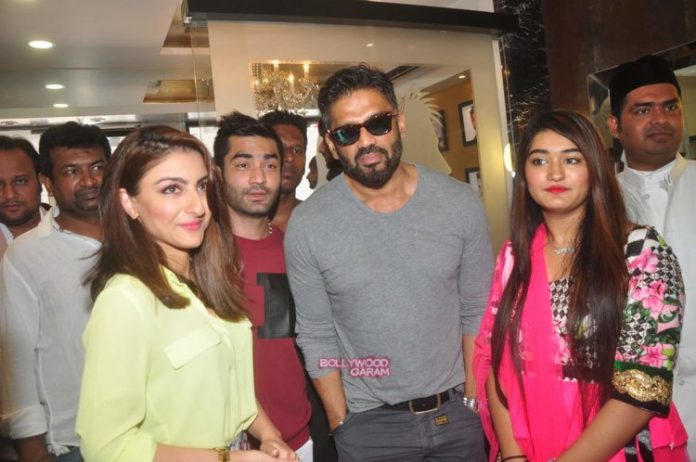 Soha looked pretty in a floral skirt and a green color shirt. The actress is married to actor Kunal Khemu and made her acting debut in Bollywood with the movie ‘Dil Maange More’ in 2004.

Soha was last seen in the movie ‘Chaarfutiya Chhokare’ in 2014.