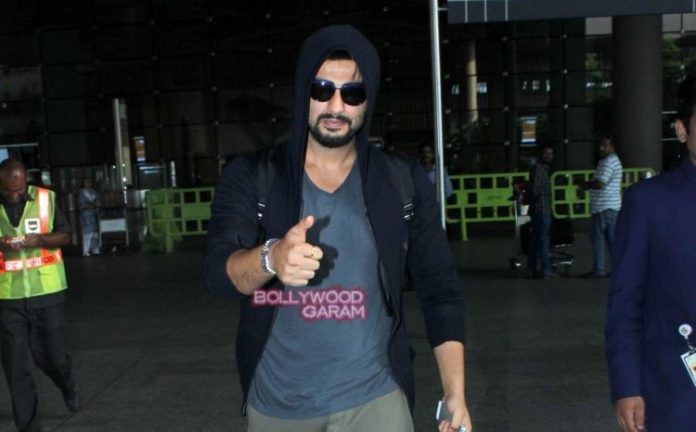 Bollywood actor Arjun Kapoor was snapped at the Mumbai airport on September 29, 2015. The actor was in New York to attend the Global Citizen Festival and was also a part of the festival at Central Park, New York as an Indian Ambassador for the event.

The Global Citizen festival is organized annually by the Global Poverty Project. It is a free advocacy driven and action-rewarded music festival and was hosted by Stephen Colbert, Salma Hayek, Hugh Jackman, Olivia Wilde and Kerry Washington.

On the work front, Arjun was last seen in the movie ‘Tevar’ opposite actress Sonakshi Sinha and is currently filming for the upcoming movie ‘Ki and Ka’.