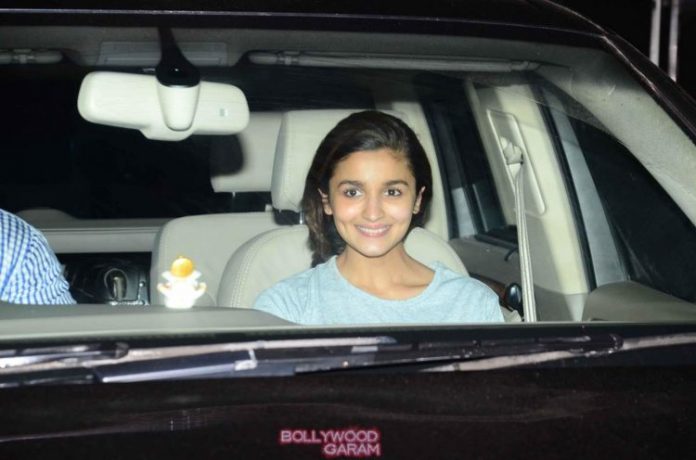 Bollywood actors Shahid Kapoor and Alia Bhatt were snapped at the Mehboob studios in Mumbai on September 30, 2015. Alia looked great in a blue t-shirt and white pants while Shahid was seen in a casual white printed shirt and jeans.

The actors are busy in the promotional activities of their upcoming movie ‘Shaandaar’ . The songs of the movie have been released and have already become popular among the youngsters.

The upcoming movie is a romantic comedy flick directed by Vikas Bahl and is all set to hit the theatres on October 22, 2015.