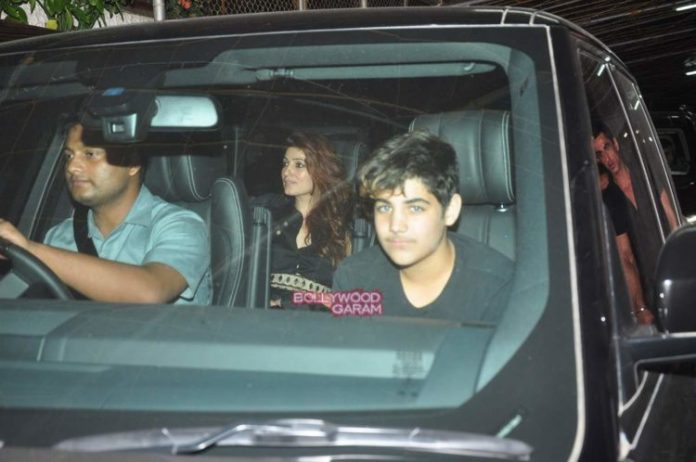 Actor Akshay Kumar has always received love and support from his family. The ‘Khiladi’ actor was seen with family including son Aarav, wife Twinkle Khanna and mother-in-law Dimple Kapadia at the special screening of the movie ‘Singh Is Bling’ in Mumbai on September 29, 2015.

The movie is produced by Ashvini Yardi and Jayantilal Gada under the banner of Grazing Goat Pictures and Pen India Pvt. Ltd. and has hit the theatres on October 2, 2015.