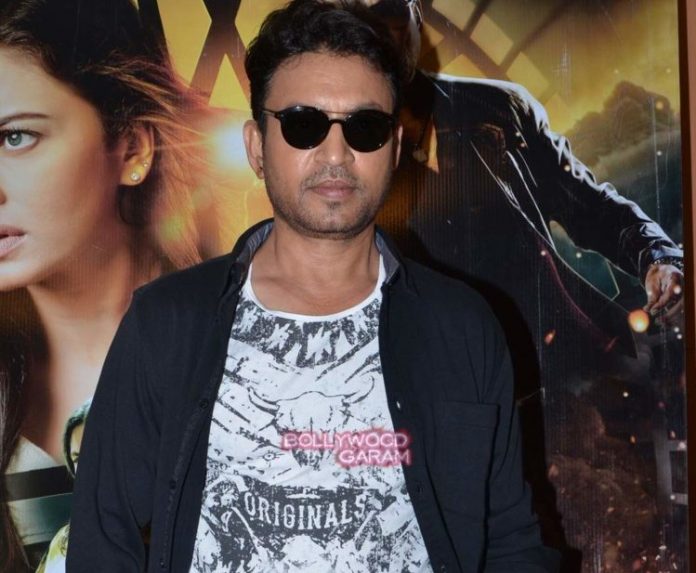 Indian actor Irrfan Khan promoted his upcoming movie ‘Jazbaa’ at an event in Mumbai on October 4, 2015. The movie will mark the debut of actress Aishwarya Rai, who had so far been on a hiatus.

Ash will be seen playing the role of an advocate, Anuradha Verma, who is forced to take up the case of a convict as her daughter is abducted. Irrfan’s ‘Talwar’ hit the theatres last week and has been receiving plenty of appreciation from the audience and critics.

The movie ‘Jazbaa’ is directed by Sanjay Gupta and is all set to hit the theatres on October 9, 2015.