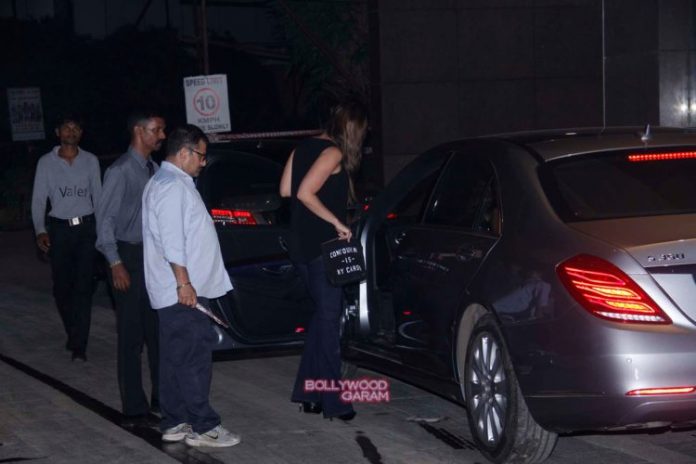 Bollywood celebrity couple Kareena Kapoor and Saif Ali Khan were snapped near the Bandra Kurla Complex in Mumbai on October 6, 2015. The actors were seen having a family dinner with Karisma Kapoor and their mother.

The celeb couple will be seen celebrating three years of togetherness on October 16, 2015. The actors got married in 2012 after dating each other for many years.