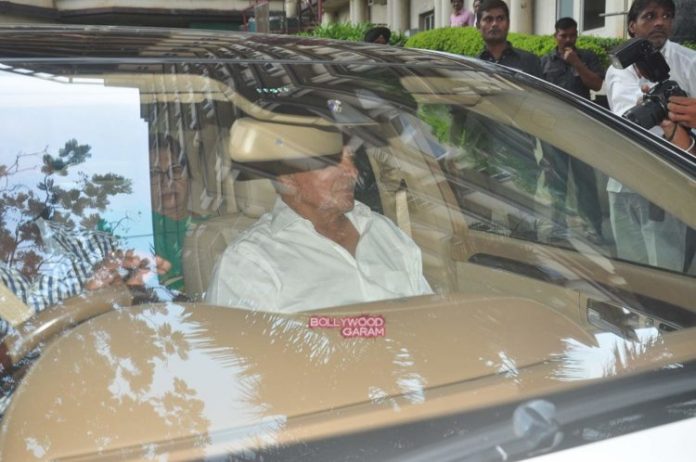 Bollywood star Salman Khan’s father has been admitted to Lilavati Hospital in Mumbai. Sources from family members revealed that Salim had complained of some pain after which he was hospitalized. Reports say that the doctors have performed a minor surgery and is currently recovering.

Salim’s children, Arbaaz Khan, Arpita, Alvira Agnihotri and Sohail Khan were by his side throughout. Hospital sources say that the veteran script writer will soon be discharged. Meanwhile Salman Khan’s upcoming movie ‘Prem Ratan Dhan Payo’ is gearing up for a Diwali release.

The family is going through a happy phase as Arpita is expecting her first child with Aayush Sharma.