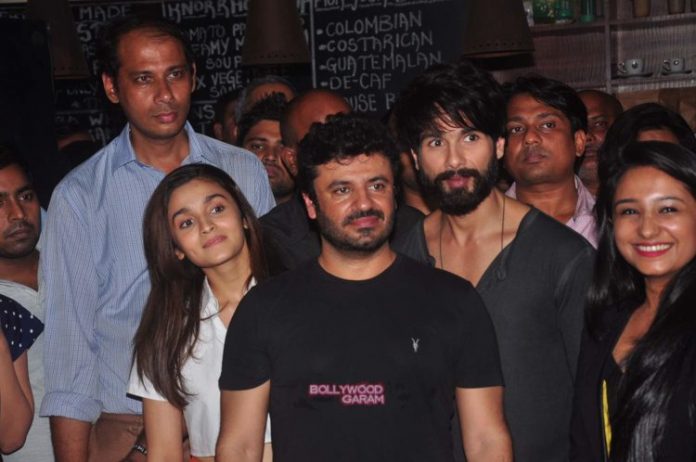 Bollywood actors Shahid Kapoor and Alia Bhatt launched a song from their upcoming movie ‘Shaandaar’ in Mumbai on October 12, 2015. Alia looked great in a simple track pants and a crop shirt while Shahid was seen in a casual t-shirt and torn jeans with his regular bearded look.

The event was also attended by director Vikas Bahl and choreographer Bosco. The actors and the director interacted with the media and had a great time posing for the shutterbugs.

The songs of the movie have already become popular among the audience and the movie is all set to hit the theatres on October 22, 2015.