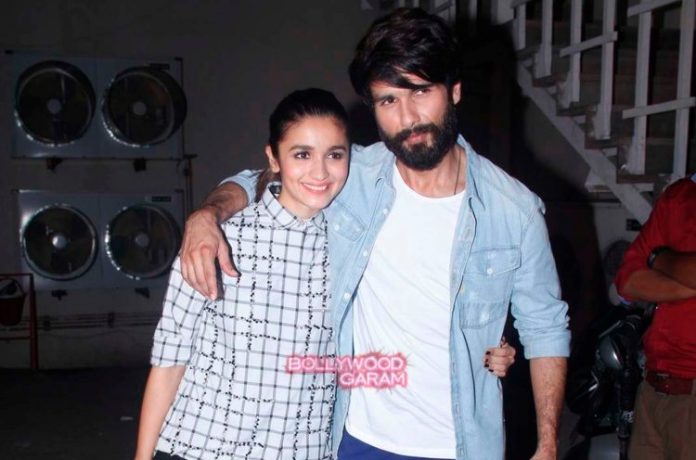 Actors Arjun Kapoor, Shahid Kapoor and Alia Bhatt were snapped at work at Mehboob Studios in Mumbai on October 13, 2015. While Alia and Shahid are busy with their upcoming movie ‘Shaandaar’ , Arjun is also busy with his upcoming movie ‘Ki and Ka’.

Arjun was last seen in the movie ‘Tevar’ which also starred Sonakshi Sinha and Manoj Bajpayi and is currently working with Kareena Kapoor. Alia looked pretty in a shirt and black shorts and Shahid was in his regular casuals.