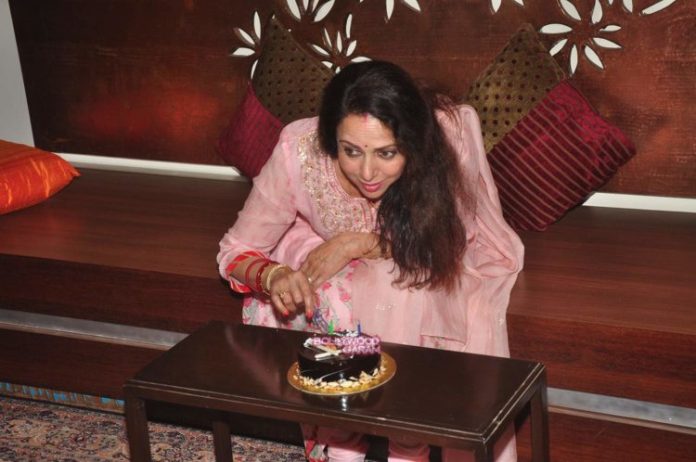 Veteran Bollywood actress Hema Malini celebrated her 67th birthday with media people on October 15, 2015. Malini looked pretty in a pink outfit and cut a small cake and interacted with the media.

The actress said that she is having a great time playing with her grandson, who is younger daughter Ahana’s son. Hema met with an accident a few months back that had shaken her. But now the actress is in a happy space and is enjoying as she plays the role of a dotting grandmother to Ahana’s son.

Hema is also happy with elder daughter Esha’s work as her Kannada movie will soon join the Oscar race.