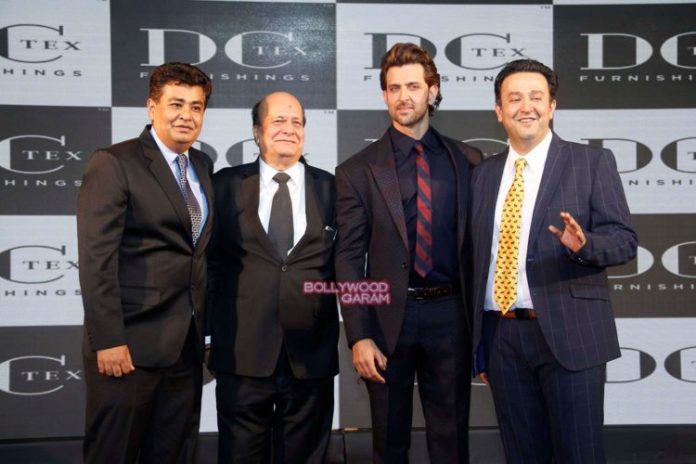 Bollywood superstar Hrithik Roshan announced his association with DCtex Furnishings at an event in Mumbai on October 20, 2015. The actor was seen launching the collection ‘Dream Runner’ which comprised of new bed linen that has been curated by Hrithik himself from the house of DCtex which has a touch of Italian art.

On the work front, Hrithik was last seen in the 2014 movie ‘Bang Bang’ and in recent times the actor as seen in an exclusive music video ‘Dheere Dheere’ sung by Honey Singh. The star was seen romancing actress Sonam Kapoor.

The actor is currently filming for the upcoming movie ‘Mohenjo Daro’ directed by Ashutosh Gowarikar.