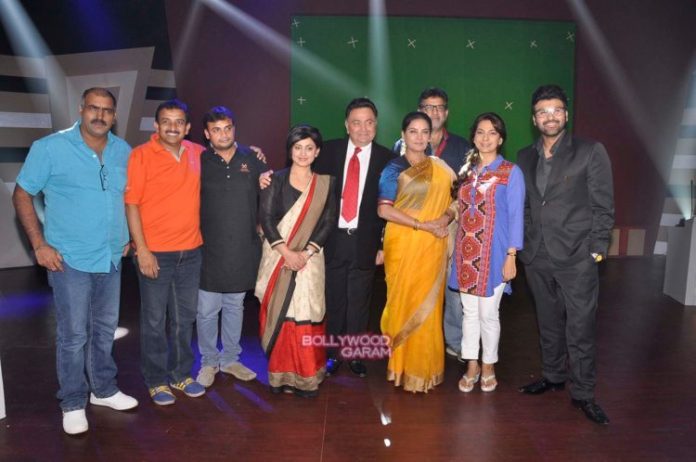 Bollywood actors Rishi Kapoor and Shabana Azmi were snapped on the sets of the upcoming movie ‘Chalk n Duster’ in Mumbai on October 23, 2015. Reports say that Rishi will be seen playing the role of a quiz master.

The movie is directed by Gayatri Gilatkar and is about the special relationship shared between the students and the teachers. There were reports that the role of Rishi was earlier offered to a number of actors but many of them could not agree due to prior commitments and this was when Shabana’s reference brought Rishi onboard.