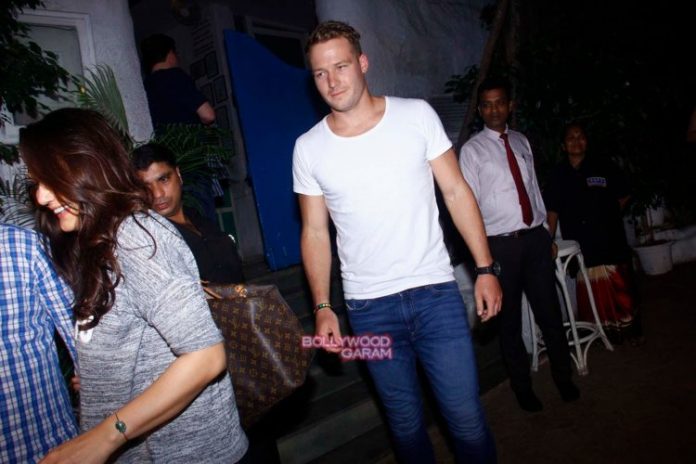 Indian actress Preity Zinta, who has now become more of a business woman than an actress was snapped at Olive restaurant in Mumbai along with Kings XI player David Miller on October 23, 2015. The actress is the owner of the Kings XI cricket team from the IPL.

Preity, who usually shies away from the shutterbugs, was generous to pose and smile. The actress was last seen in the movie ‘Ishq In Paris’ and is currently more busy with business ventures and her cricket team.

Zinta has recently hinted that she has met her someone special in her life but has not revealed about the man’s identity so far.