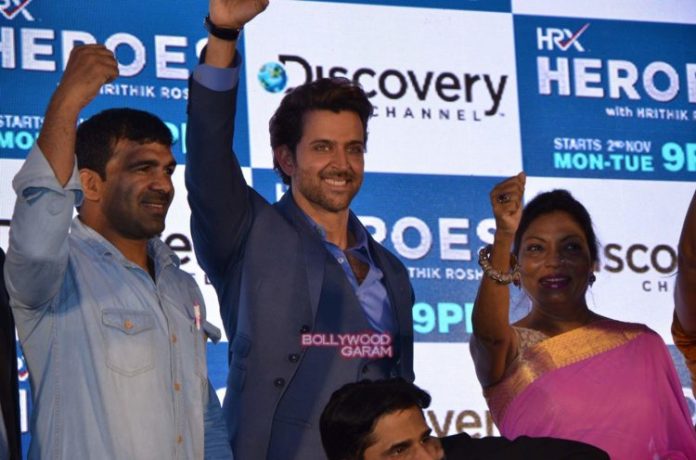 Bollywood star Hrithik Roshan will soon be seen hosting a new TV series which will be based on real stories. Roshan launched the show at an event in Mumbai on October 23, 2015. The show ‘HRX Heroes’ will have nine episodes and will be aired on Discovery Channel.

The ‘Bang Bang’ actor expressed that he was impressed with the theme of the series and loved the script. The show will be focusing on some incredible real life stories that have people who did not give up on their dreams and emerged as heroes.

The series will begin with series with the wrestler Sangram Singh who was diagnosed with rheumatoid arthritis at a very young age.