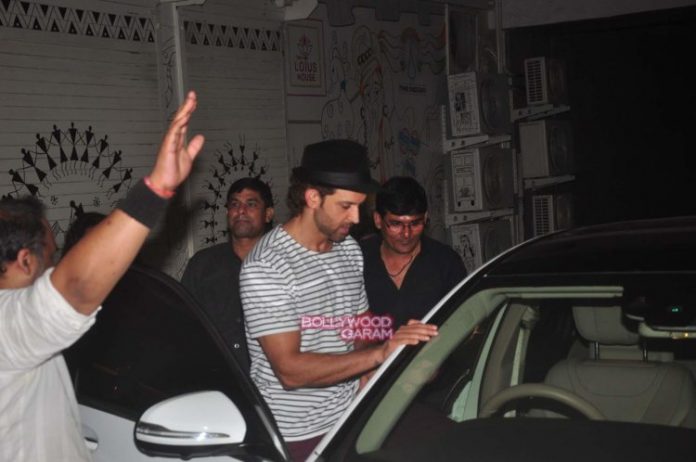 Superstar Hrithik is not just a good actor but is also a doting father. The actor makes sure he spends ample time with his children especially after his separation with wife Sussanne Khan. Hrithik was seen with his children Hrehaan and Hridhaan at a theatre for a movie at Santacruz in Mumbai on October 25, 2015.

The actor has just finished the shoot for the movie ‘Mohenjo Daro’ directed by Ashutosh Gowarikar. The ‘Bang Bang’ star was seen wearing a black and white striped t-shirt with his favourite bowler hat.

Hrithik had also got along his son’s friends along.