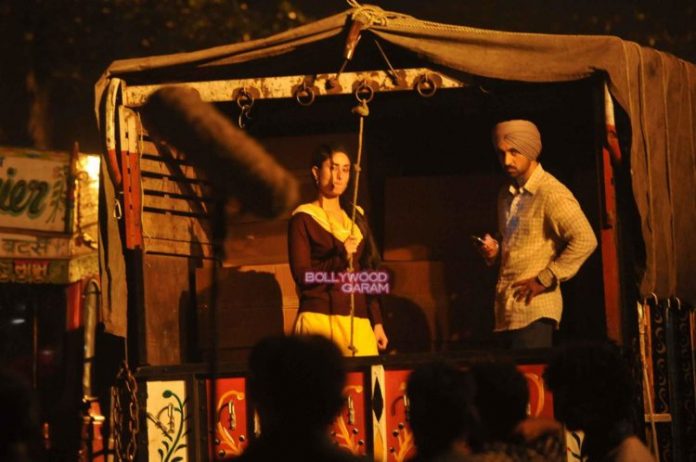 Indian actress Kareena Kapoor was snapped shooting for the upcoming movie ‘Udta Punjab’ in Mumbai on October 24, 2015. The ‘Jab We Met’ actress was seen with co-star Diljit Sodanjh.

Going by the expressions, it seemed like the actress was shooting for a serious scene. The movie is directed by Abhishek Chaubey, who ahs earlier directed the movie ‘Ishqiya’. Kapoor on location was seen struggling with a bike.

Reports say that the movie is about the drug abuse issue in the state of Punjab. The movie also stars Shahid Kapoor, Alia Bhatt and Prabjyot Singh.