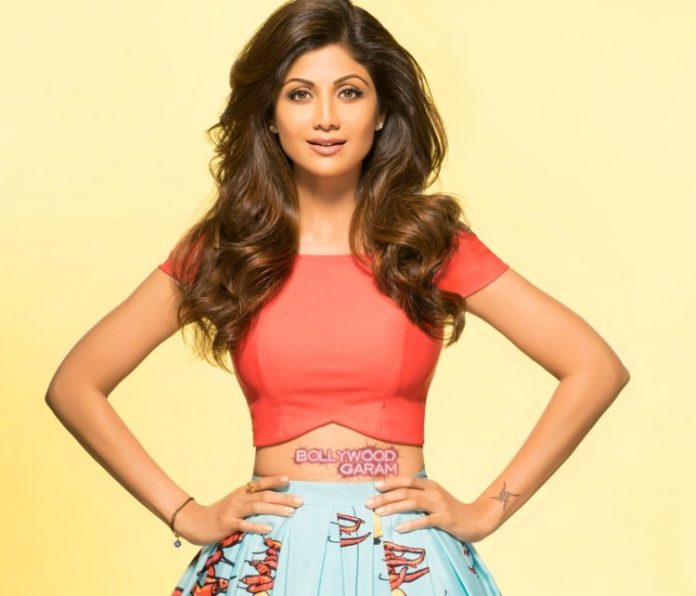 Bollywood beauty Shilpa Shetty announced her book ‘The Great Indian Diet’ and has also featured on the cover. The book is due to be launched on World Nutrition Day in 2015 and will also mark the debut of the actress as an author.
Shilpa along with Luke Coutinho will be sharing the most nutritious ways some of the local ingredients can be used to perfect diet. There are various food categories in the book and will throw light on how Indian food is the best cuisine for maintaining good health. Shilpa can be seen wearing a Masaba Gupta outfit on the cover that adds to the traditional Indian good luck omen to the cover.
The actress turned businesswoman is constantly been questioned about her secret to an irresistible hourglass figure and glowing skin. The book will be the answer now for the various questions. The book will be published by Penguin Random House, which is the world’s most trade book publisher.
While talking about Masaba’s outfit, Masaba said that they decided to incorporate a strong Indian element due to which they decided to add ‘Nimbu Mirchi’ as a print since it is more synonymous with Indian food. Gupta has also predicted that the outfit is going to go viral and a huge hit.