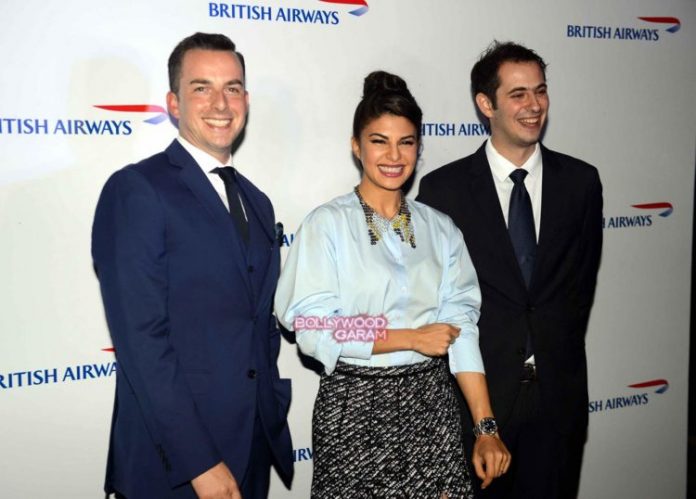 Sri Lankan beauty Jacqueline Fernandez attended the British Airways event where the first flight 787-9 flight from England to New Delhi was launched, on October 26, 2015. The ‘Housefull 2’ actress was seen wearing a blue satin shirt and a knee length maxi skirt by Dior.

The actress completed her look with a Dior booties.

On the work front, the actress was last seen in the movie ‘Brothers’ and is currently filming for the movie ‘Definition of Fear’ which is a Hollywood project.