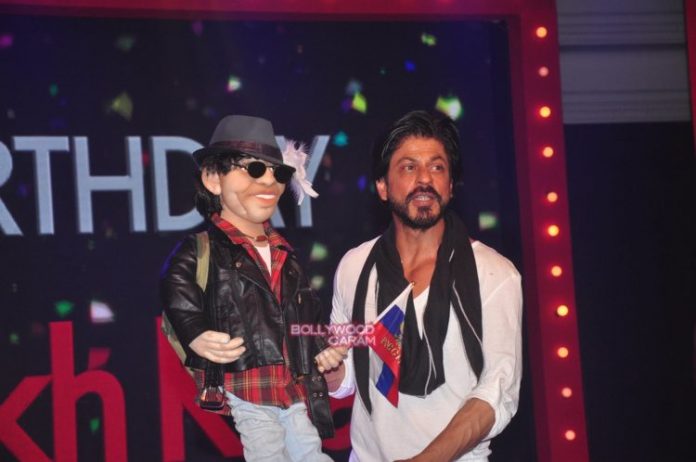 Superstar of Bollywood Shahrukh Khan spent some time with the media and fans on his 50th birthday on November 2, 2015. The actor at the event was seen cutting his birthday cake.

Shahrukh also got a few gifts from of his fans and in return, the actor revealed another teaser of his upcoming movie ‘Fan’. The makers of the movie had revealed a 63 second teaser but the new teaser is much longer and close to a trailer.

The new teaser has a character named Gaurav, who is crazy for the Bollywood star Aaryan Khanna. Gaurav can be seen dancing to Khanna’s songs, making collages on walls and getting scolded from parents for scoring low grades in school.