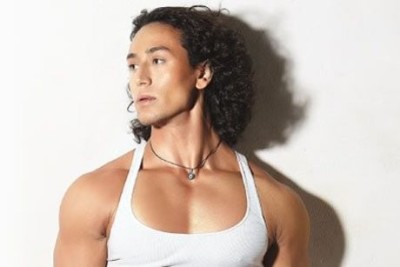 Veteran Bollywood actor Jackie Shroff made his debut in the film industry with Subhash Ghai’s ‘Hero’ in the year 1982. And now thirty years later, the actor’s son Tiger his much anticipated debut in Sajid Nadiadwala’s movie ‘Heropanti’.

Both the movies have striking resemblance in their names and Jackie became a superstar overnight with his debut movie and there are hopes that even Tiger might come up in the industry with the upcoming flick.

The news has come after several speculations on who will be launching Tiger, Aamir Khan or Subhash Ghai but now it seems like Nadiadwala has taken over the responsibility. The news was confirmed by Sabbir Khan of ‘Kambakth Ishq’ fame, who will be directing Tiger’s debut movie.

Khan said, “Yes, the title is Heropanti and the title came from the character of the boy that Tiger plays. The character is little above the ordinary. In normal life, we all follow the set norms and rules. We do not move out of the box but Tiger is someone who is flamboyant and does what he wants to.” Khan added that Tiger is Shroff’s son, they could not think of a better title. The female lead of the movie is yet to be finalized and will go on floors next month.