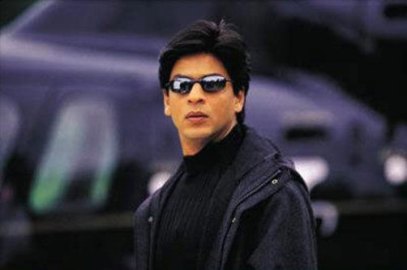 After Hrithik Roshan did a cameo in the movie ‘Don 2’ as a friendly gesture, Shahrukh Khan is going to return the favour. Khan will be seen doing a cameo in the upcoming super hero movie ‘Krrish 3’.

The two stars are in talks at present and Shahrukh will be adjusting dates out of his hectic schedule so that he can shoot for the special scene. The scene will be a reunion of Ra.One played by Shahrukh and Krrish played by Hrithik.

Sources from the production unit revealed that the two stars have been meeting up quite often to discuss Shahrukh’s cameo in the film. Shahrukh already has some experience with Ra.One and this time a reunion will be shown in the climactic scene of the movie.

Shahrukh and Hrithik share a great rapport with each other which will make it easier for them to shoot the sequence. Reports say that SHahrukh is also helping the Roshans in all possible ways with the shooting of the film. Shahrukh is reportedly helping them with the modern infrastructural facilities that they require to enrich their film’s VFX shots. The ‘Ra.One’ actor also let the Roshans use his studio set up.