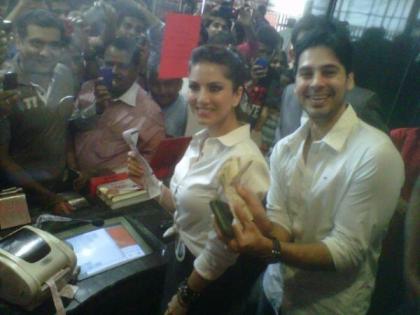 Mahesh Bhatt who has written the movie tweeted a picture of Sunny with Dino while selling tickets. Sunny surprisingly was seen quite covered up in a white shirt and smiled for many of the mobile phone cameras which focused on her.