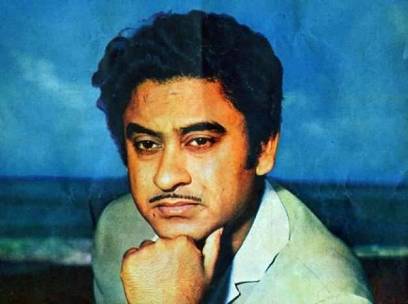 Legendary singer and musician Kishore Kumar was on August 3, 2012 born in Khandwa a small town in the state of Madhya Pradesh. The veteran left behind a musical legacy which comprised thousands of hit Bollywood songs.

Kishore’s son’s Sumit and Amit Kumar always had the pressure of living up to their famous father’s legacy. But still today they are now nowhere in the mainstream.

When Sumit was asked if there was a sense of unaccomplishment, he said, “Dada (older brother) and I are donkeys! Baba’s (dad’s) legacy couldn’t be carried ahead the way it should have been.” Sumit added, “Life’s not over yet. We’ll take it forward. But right now, don’t ask me how.”

Last year Bollywood actor Ranbir Kapoor said that biopic the veteran would go on floors sometime in the year 2012. Sumit confirmed that it is still on the track and the project was first announced in the year 2008. The son of the veteran also complained that it took 21 years for people to think of a biopic on his father. Sumit added that his father deserved more respect in the fraternity than he got. The 30 year old recorded his last Bollywood song in the year 2008 when he sang his father’s blockbuster song ‘Bachna ae Hasino’.