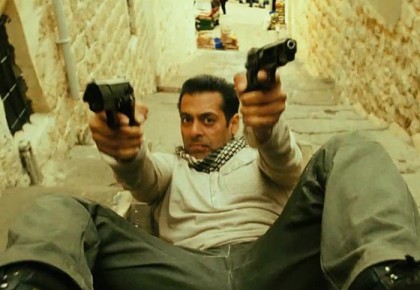 This time watching Salman Khan’s movie ‘Ek Tha Tiger’ will cost dearly for the fans of the actor. Despite the fact that the multiplexes will be running the movie in 90% of its screens, the tickets rates will be hiked.

If the fans want to watch the movie, they will have no option than to buy the tickets . It can be called as market dynamics or the holiday week of Independence Day and Eid . Even the theatre owners have high hopes with the movie that it would help their cash registers to keep ringing.

Girish Wankhede the Deputy General Manager of Cinemax India Ltd confirmed , “There will be a 10-15 percent hike in ticket rates for Ek Tha Tiger. The film will run in 90 percent of the screens of Cinemax.” This also means that it will be easy for Salman’s film to cross the Rs. 100 crore mark in terms of box office collections.