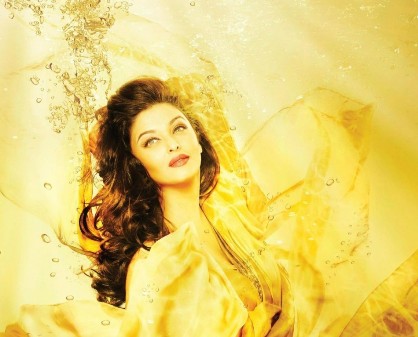 Bollywood actress Aishwarya Rai took a long break for her pregnancy and motherhood. But now it seems like the actress is slowly preparing to return to the showbiz and has been shooting for a print and TV campaign for the past two weeks for a leading south jewellery brand across various locations in Mumbai.

The last time the actress shot for an ad campaign was when she was six month pregnant. While on the sets after motherhood, the actress was wished by the cameramen, spotboys and all the technicians, who were happy to see her back on the sets.

For Ash it was also a nostalgic moment when she shot with ace cameraman Kiran Deohans for the TV commercial. Incidentally, the actress was shot by Kiran after Ash’s engagement and marriage, and now again the actress shot with Kiran after the birth of baby Aaradhya.

Deohans while commenting on the moment said, ”I have got the pleasure of working with Aishwarya on JODHAA AKBAR. Coming back from her post-delivery after months and shooting for this commercial she’s still the same. Even after becoming a mother she’s a true professional and has the same passion when it comes to her work. The actress is also shooting with director Allan Amin, who calls her the harness queen.