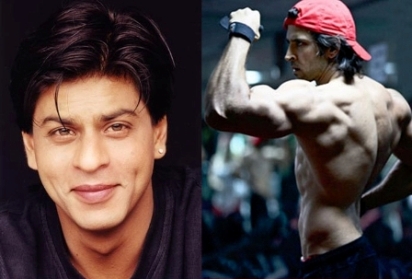 There is no doubt that Shahrukh Khan and Hrithik Roshan are the best of friends and share a great rapport on screen as well as off screen. But King Khan is certainly not doing a cameo in the upcoming super hero movie ‘Krrish 3’.

The news was confirmed by film maker Rakesh Roshan who said, “There is no talk of SRK doing a cameo in my film”. But yes the reports that Shahrukh will be helping out the Roshans with the special effects of the movie, as he has got a good experience while shooting ‘Ra.One’. But the actor is certainly not making an appearance in the movie like Hrithik did in the movie ‘Don 2’.