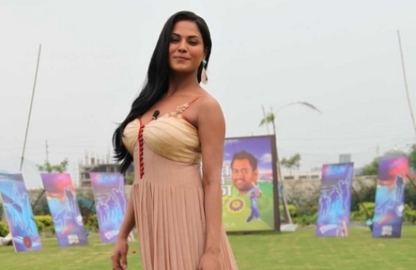 Pakistani actress Veena Malik could not take off the TV show ‘Swayamwar’ as the channel itself shut down. But now the sultry actress will be seen hosting the India VS Sri Lanka T20 match on India TV with former cricketers like Yashpal Sharma, Chetan Sharma, Yograj Singh and Sanjay Bharadwaj.

Veena has followed cricket passionately all her life due to which she has a good knowledge about the game. Malik said, “I have been a diehard cricket fan and follow the game religiously. I have been offered several projects but this is cricket season. I am taking my passion for the game into account which is why I have decided to do the show”. The actress will be seen discussing about the cricketers and their performances.