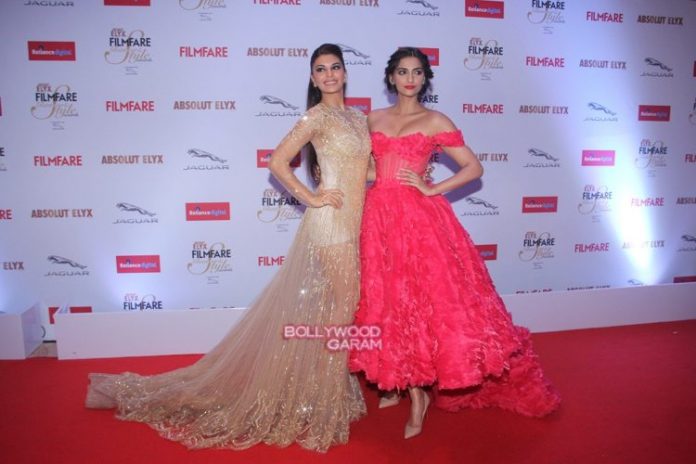 Celebrities from Bollywood graced the Absolut Elyx Filmfare Glamour and Style Awards held in Mumbai on November 30, 2015. As the name suggests, stars were seen in their best outfits and bedazzled the red carpet.

Other attendees of the event included Alia Bhatt, Sonakshi Sinha and Poonam Sinha. Sonam Kapoor looked stunning in a red gown while Jacqueline was seen in a golden flowy gown.

On the work front, Sonam is working on the upcoming movie which is a Neerja Bhanot biopic. The actress was last seen in the movie ‘Prem Ratan Dhan Payo’ which also featured Salman Khan.

Trendsetter of the Year
Alia Bhatt

Most Glamorous Film of the Year
Dil Dhadakne Do