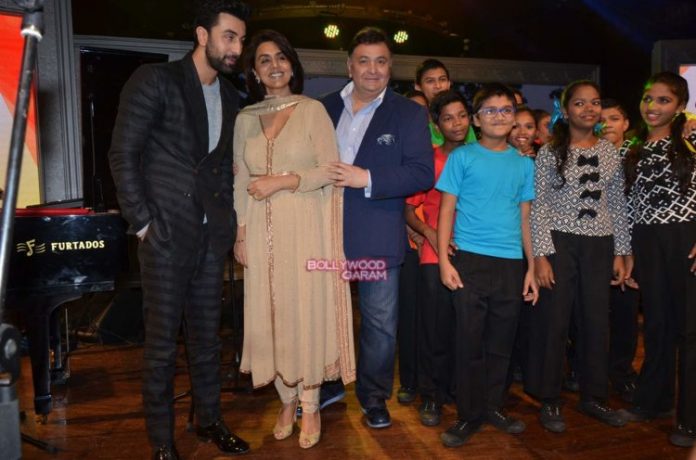 Bollywood star Ranbir Kapoor along with parents Rishi Kapoor and Neetu Kapoor attended the CCDT NGO event held in Mumbai on November 30, 2015. Ranbir appeared in a formal suit and was seen dancing with the children on stage to the tunes of his songs ‘Badtameez Dil’ and ‘Matargashti’.

Neetu and Rishi too shook a leg with everyone on stage. On the work front, Ranbir is enjoying the success of his movie ‘Tamasha’ that hit the theatres on November 27, 2015.

The movie also stars Deepika Padukone and is directed by Imtiaz Ali.