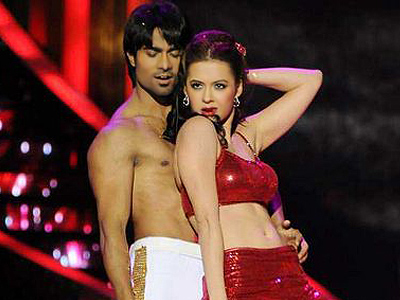 Bollywood actress Isha Sharwani and her choreographer Salman Yusuff Khan’s performances in the celebrity dance reality show ‘Jhalak Dikhla Jaa’ have so far been the best among the other contestants. But lately Salman has injured his neck due to which there are speculations that he will not be able to perform with the actress this week.

As for now Isha has a new choreographer Cornell for the time being , who was earlier seen with Neha Bhasin in the wild card round. Cornell will act like a replacement for Salman just for this week.

This week Isha and Cirnell will be performing on an Afro Jazz based number on the track ‘Jiya Jale Jaan Jale’ from the movie ‘Dil Se’ in the upcoming episode. Isha and Salman have a record of securing 30 on 30 marks in every performance. ‘Jhalak Dikhla Jaa’ is a celebrity dance reality show which is inspired by the American show ‘Dancing With The Stars’.