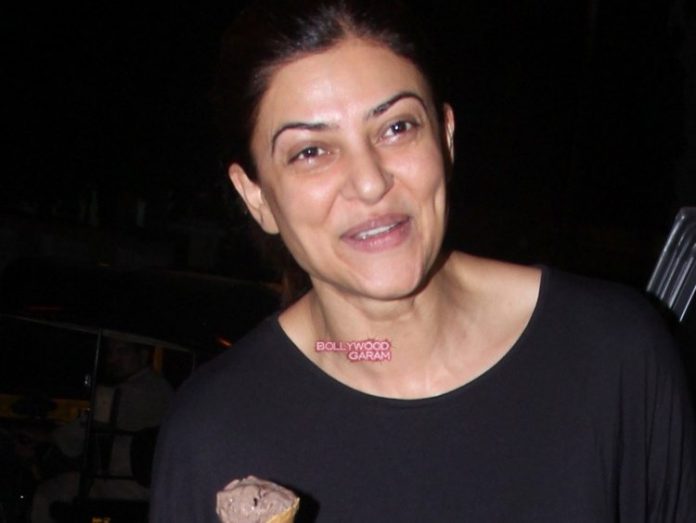 Alisah’s excitement for ice-cream was evident from her eyes while Sushmita posed with daughter. The actress was seen in a black outfit while little Alisah was seen in a casual outfit.

Elder daughter Renee was not seen with the mother n daughter duo.