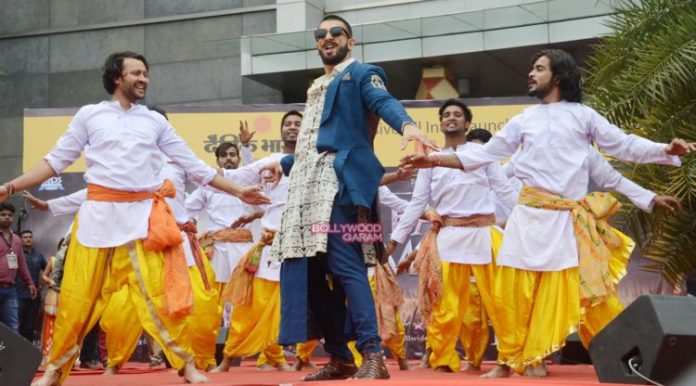 Indian actor Ranveer Singh launched the song ‘Malhari’ from his upcoming movie ‘Bajirao Mastani’ at a grand event in Bhopal on November 28, 2015. The song was launched amidst several fans as the actor waved to the huge audience at the mall.

Ranveer was seen dressed in a dhoti pant, printed kurta and a blue jacket. The actor was seen performing on the song while his fans were seen cheering for him.

The movie ‘Bajirao Mastani’ also stars Deepika Padukone and Priyanka Chopra and is all set to hit the theatres on December 18, 2015.