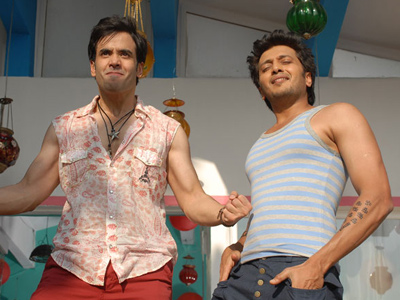 Bollywood’s adult comedy movie ‘Kyaa Super Kool Hain Hum’ has received mixed response from the audience and has not been able to convince every section of the society. The movie due to its adult and explicit content has been banned in some countries like Muscat and Kuwait.

On the other hand the makers have received a positive response from the box office. This has encouraged the makers to make a third version of the movie. ‘Kyaa Super Kool Hain Hum’ is a second instalment of the 2010 movie ‘Kyaa Kool Hain Hum’. Actor Tusshar Kapoor, who stars in the movie said that the scripting job of the third movie has already begun and the shooting is likely to begin next year.