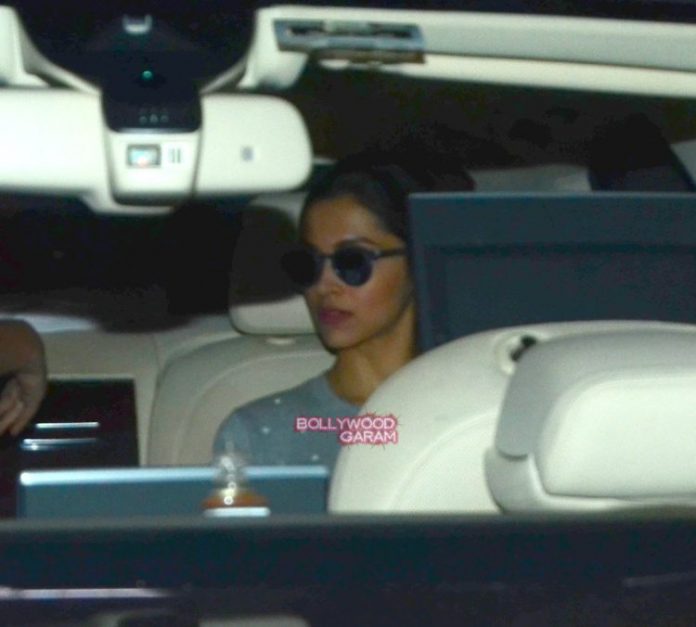 Indian actress Deepika Padukone is busy these days as the release date of the upcoming movie ‘Bajirao Mastani’ fast approaches. Padukone was snapped leaving a dubbing studio on December 6, 2015.

The actress was seen inside her car as she left the studio. The movie also stars Ranveer Singh and Priyanka Chopra and is all set to hit the theatres on December 18, 2015.

Meanwhile the actress is celebrating the success of her movie ‘Tamasha’ opposite actor Ranbir Kapoor who has hit the theatres on November 27, 2015.
Photo Credits: Viral Bhayani