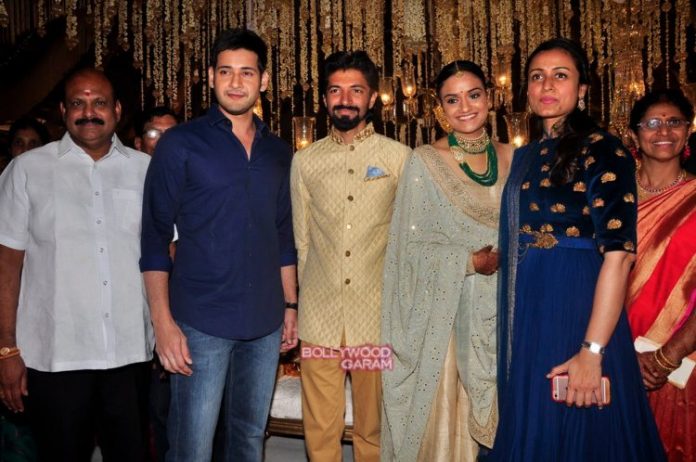 Priyanka and Nag looked great in traditional Indian outfits . The two earlier worked together in movies and reports say that it was Priyanka who asked Nag to marry her.

The newly wedded couple were overwhelmed with the presence of the stars at the reception.